How has alcohol consumption changed during COVID-19? 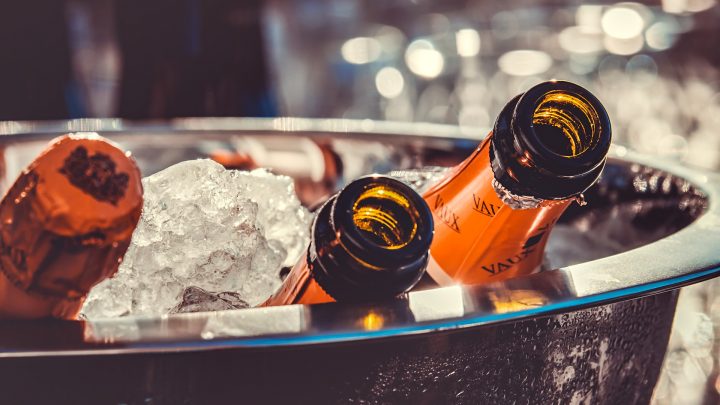 How do you wind down after a long day at work? Your day was most likely exhausting and mentally draining. How about a drink? A glass of brandy? A pint? Or maybe a classic, yet cliché cup of wine to celebrate the temporary liberation from work?

For most Canadians, alcohol is seen as one of the ‘healthier’ choices of toxins entering the body–– in fact, Canada’s place in global alcohol consumption per year is reported by the World Health Organization as being among the highest1. It is not any coincidence that societal and cultural factors influence the levels of alcohol we feed into our bodies. Alcohol is seen as a norm in Western practices and values, and is best demonstrated by the sights and smells when walking down any municipal entertainment or culinary district. I cannot say that now would be a good time, but in our imagination, we can see that what creates such vibrant atmospheres can arguably be associated with drinking. What if we introduce another factor that adds to this vibrance––COVID-19; specifically, how does the pandemic influence the levels of alcohol consumption in Canadians?

One would think that with being stuck in the constant cycle of COVID-19 protocols, the fluctuation of cases, and the remote-work adjustment, that drinking would be the last thing on people’s minds. This is fair to assume, however, reports from the Canadian Centre on Substance Use and Addiction (CCSA) have shown the opposite. From the CCSA sanctioned NANOS polls, a sample of 1009 Canadians over the age 18 years old, between the dates of May 26th to May 28th, were tele-surveyed and asked a set of questions related to their personal consumption of alcohol2. The goal of the survey was to investigate the potential for an association between emotions derived from the pandemic and changes in alcohol consumption.

To give an idea of how drinking behaviours have changed, the NANOS poll data of May reports that nearly one in ten Canadians who were staying at home more and were consuming alcohol say they were drinking more often in May compared to April2. The reason for this can be the emotional changes associated with the on-going pandemic. This increase of consumption were often associated with stress-related feelings which were reported in 44% of Canadians who increased their consumption in the months of April to May2. The pandemic transformed many of our lives causing an influx of anxiety and uncertainty, these feelings are reflected most in the poll around March when cases began spiking. These suggestions may not be representative of the entire picture, as there are two other factors which acted as influencers, these being boredom and the lack of regular scheduling. These feelings were indicated as prominent by 37% and 31% of Canadians respectively2. This pattern of results continued when the Canadians were asked about drinking habits during COVID-19, where it was found that Canadians were consuming greater amounts of alcohol in the month of May during the pandemic than formerly. Explanation of this behaviour breaks down into two of the frequently mentioned factors: stress at 43%, boredom at 47%, and the lack of a regular schedule at 49%2. Another serious effect of the pandemic on drinking habits has been individuals’ reported ability to stop drinking. The poll found that 8% of Canadians who were staying at home more and who drink alcohol say that they have at least once been unable to stop drinking. Additionally, 3% have failed to do what was expected or asked of them, while 6% cannot remember the previous night2.

Alcohol is a drug of great interest for Canadians as around 80% of the population were found to have used it within the past year3, but with the growing risk of addiction and harm even outside the scope of the pandemic, alcohol is proving to be dangerous. There are also negative feelings associated with alcohol consumption, as in the month of May, it was found that 14% of Canadians felt guilt or remorse after drinking since the onset of COVID-192. As well, it was reported that 98% of Canadians did not access any resources on alcohol consumption safety measures2. It is important to find resources which address the consequences of alcohol consumption, especially during the pandemic. Below are links to useful resources and information that educate about the harmful effects of excessive and constant consumption of alcohol.