Caffeine – How much is too much? 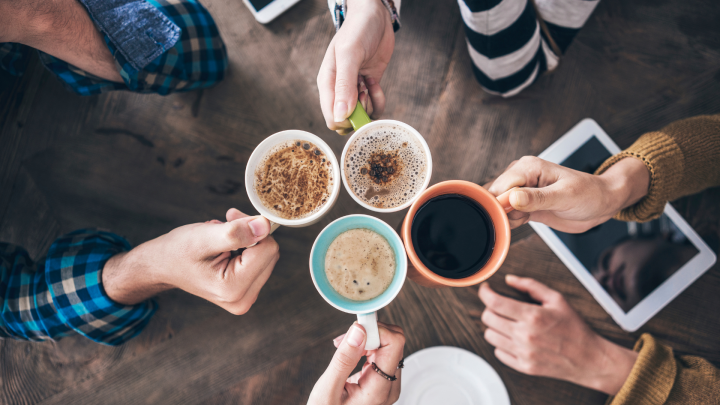 Balancing wellness and caffeine intake as a university student.

Chances are, we’ve all had some caffeine or been somewhere where it’s available within the last day. For a substance so widely used, it’s important to understand its effects on our body and just how much is too much. Caffeine might be the one thing that gets you through a day of lectures and meetings, but how can we ensure we’re not over-caffeinating ourselves and consuming it safely?

Besides keeping you awake, caffeine has a variety of other beneficial and harmful effect spanning across your entire body. These include:

Many foods and beverages containing caffeine have also been found to prevent certain diseases; however, many of these positive effects rely on heavy consumption of the food or beverage. Decreased risk for heart disease, diabetes, Alzheimer’s, Parkinson’s, liver damage, and oral cancer have all been associated with consuming 2-5 cups of coffee a day. Caffeine’s mood enhancing effect was also found to be linked to a 45% decrease in suicide risk and a 13% lower risk of depression. Given these positive effects, having multiple cups of java on end might seem like a great idea, however, a study found that a second cup of caffeinated coffee only reliably improved mood when consumed 8 hours after the first cup.

“Caffeine just doesn’t have an effect on me anymore!”

We’ve heard this from friends clutching coffees late into the evening, or even from ourselves. We think that that late night caffeine dose has lost its power to impact your sleep- but has it really?

Caffeine has a half-life in our body (how long it takes for your body to break down half the caffeine in your system). This half-life varies from person to pers 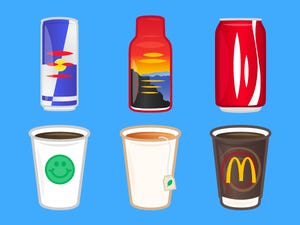 on, but it’s around 5 hours for most individuals. Studies show it can take up to 20 hours for the effects of caffeine to wear off.

While you may be able to get to sleep, caffeine consumption close to bedtime has been shown to have negative effects on the quality and quantity of sleep you get. A study done by the Journal of Clinical Sleep Medicine showed that 400mg of caffeine taken 0, 3, and 6 hours before bedtime reduced total sleep duration by more than an hour. They also found participants rated their sleep as lower quality after consuming caffeine. You’re really going to want to hear this one! Caffeine consumption prior to bedtime was also correlated with decreased slow wave sleep time. This one’s super important for us students because slow wave sleep is when memories (and things we studied) are consolidated, and our brain gets time to restore itself! As people do not always notice these caffeine-induced sleep disturbances, it’s easy to think you were getting better sleep than you actually got.

Whether it’s the coffee station and energy drinks at Centro, or Tims and Starbuck’s at MUSC, caffeine seems to be unavoidable as a student. So many different social connections are had over a cup of coffee or tea! What we’re trying to tell you is that caffeine is NOT the boogeyman trying to prevent you from living life as a well-rested Marauder. There are ways to balance wellness and caffeine consumption!

To mitigate caffeine’s effect on sleep, it’s best to avoid caffeine later in the day. As a rule of thumb, the Journal of Clinical Sleep Medicine suggests stopping caffeine consumption at 2PM. This gives our bodies ample time to metabolize caffeine to minimize its effect on our sleep. But say your friends want to study in a cute coffee shop in Westdale at 3PM. “OH MY GOODNESS, the SWC said no coffee after 2PM! What do I do?” It’s okay! Most coffee shops offer decaffeinated options these days. Coffee’s not your thing? Herbal teas like chamomile, ginger, or peppermint are all great caffeine-free options to accompany your studying. While the tips above apply primarily to tea and coffee, they are equally applicable to other sources of caffeine (energy/soft drinks, chocolate).

“But I heard that decaffeinated coffee is bad for you!”

If you don’t want anything to do with chemicals, look out for Swiss Water® Decaffeinated Coffee. This decaffeination process only uses water to remove caffeine from coffee beans! If you’re ever curious, feel free to ask your local barista.

How much is too much? How should I come to a decision to stop?

We want to make clear that caffeine can be a part of a healthy, happy lifestyle. It’s important to consider how much caffeine we’re ingesting, and when we’re taking it. Look out for these signs of over-caffeination:

If you’d like to decrease or stop caffeine intake, it’s important to do so gradually; stopping totally will likely cause withdrawal symptoms which could restart the caffeine-dependency cycle. Slowly tapering down caffeine intake over two to three weeks is a good place to start.

We understand that being a student means you’re often busy, but it’s crucial we don’t compromise our need for rest with stimulants like caffeine. Caffeine is not something to fear or feel ashamed for using. Now you’ve heard of caffeine benefits, drawbacks, effects on sleep, and alternatives, we hope it helps you make an educated choice that prioritizes your mental and physical wellbeing.

Caffeine as a University Student

Caffeine as a University Student

You were just trying to stay up a little later so you could squeeze in a couple more hours of studying, but that late-night coffee just kicked in and it doesn’t seem to be helping. Before you know it, your heart is racing, your leg is shaking, and you somehow feel even more anxious for that midterm tomorrow. Maybe the other few cups of coffee in the day weren’t such great ideas after all